When a vacancy occurs within an age grouping the Enrollment Committee will meet to determine who should be offered the opening. Although applications for unborn infants are accepted, they will not be considered for enrollment until the Center is given the actual date of birth. Priority for enrollment is given to children whose parents are employees of the Federal Government. According to Federal Guidelines the Center must enroll at least %50 children of Federal Government Employees.

Admissions are based on the date of enrollment applications and efforts to maintain a diverse population of children. The selection committee therefore gives due consideration to enrolling a balance of boys and girls, children of all races, ethnic backgrounds, and income levels. Special consideration is also given to applicants who are siblings of children currently enrolled in the Center.

​The Enrollment Committee may also base its decision on whether to enroll a child by looking at the projected enrollment of the next group into which the child will enter. If the projected figure indicates that their groups will be at their maximum when the child is scheduled to enter the group, the committee may decide not to extend an offer to that child.

​​​​Applications for enrollment are considered without regard to race, color, religion, national or ethnic origin. Political beliefs or marital status.

A $30 non-refundable application fee must accompany the enrollment application.

Applications are placed on a waiting list according to the date the application is received by the Center.

Active applications are maintained in order of date within each grouping for which the child is eligible. Applications will be withdrawn from the waiting list only if verbal or written notice is received from the applicant to do so. 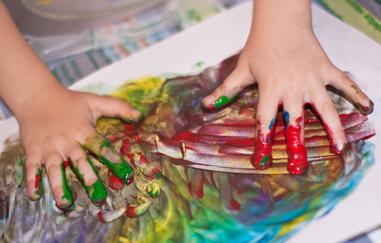 The policies of the Government Center Child Care Corporation prohibits any form of unlawful discrimination on the basis of race, color, religion, creed, sex, gender identity or gender expression, age, marital status, national origin, mental or physical disability, political belief or affiliation, veteran status, sexual orientation, genetic information, and any other class of individuals protected from discrimination under state or federal law with respect to employment, volunteer participation and the provisions of services. Nor will the Government Center Child care Corporation refuse to enroll a child based on his/her toileting ability, disability, and or his HIV status.